There are somethings in this world like suicide that we don’t want to talk about so we shy away from them; put our heads in the sand, hoping it will go away; or pretend it doesn’t exist until it affects you in some way.  We desperately need to talk about the dangers of suicide.  It is unfortunately part of our society today.

The latest statistics about suicide

Suicide is the 10th leading cause of death in the US for all ages. (CDC)

There is one death by suicide in the US every 12 minutes. (CDC)

Suicide takes the lives of over 38,000 Americans every year. (CDC)

The highest suicide rates in the US are among Whites, American Indians and Alaska Natives.

Only half of all Americans experiencing an episode of major depression receive treatment. (NAMI)

80% -90% of people that seek treatment for depression are treated successfully using therapy and/or medication. (TAPS study)

There is one suicide for every estimated 25 suicide attempts. (CDC)

There is one suicide for every estimated 4 suicide attempts in the elderly. (CDC) 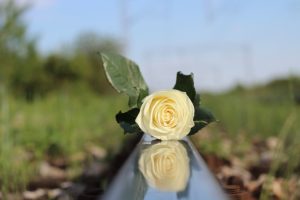 My bipolar was all out of sorts this past week.  I was having issues with one of my extremely important medicines, my anti-psychotic called Latuda.  This helps me manage my hallucinations and delusions, bipolar depression and overall stability.  Everything that Latuda helps ran down the drain.  It was really my fault since I did not call in the prescription on time which left me with only expired samples that were one-third the prescribed dosage.

The changes in the Latuda really caused some problems for me.  Sitting on the couch with Jake, working on an article, I heard music and voices speaking.  The TV and music in my house were both turned off.

I could have easily freaked out which I have done in the past when the noises and voices get really loud and all-consuming.  I have nobody to turn to because I am either laughed at or feel stupid talking about it when the other person has no earthly clue as to what I am experiencing and instead of listening attempt to smooth things over.  This is an after school special.  This is freakin’ real! 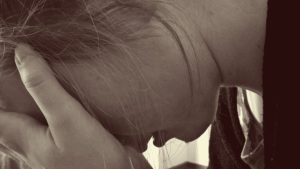 The bipolar depression along with the mixed episodes caused my stability to ebb and flow every so many minutes throughout the day like a ship at sea .  I felt like I was being stretched like a rubber band from one side of the earth to the other.  God, knows how much I HATE that feeling.  It also feels like I am being skinned alive.  If it gets too bad, I will start having suicidal thoughts.

…And in they marched.

I feel so alone at times even in a house full of four living, breathing mammals, social media, this blog and my writing.  I wanted to end the pain which was so overwhelming.  The next thing I knew, I was walking towards the kitchen for the turkey carving knife.  Visions of blood drizzling from my wrists came flooding into my mind.

The turning point keeping me from going all the way, was the fact I knew my husband needed me.  High on that list of needs was for me to be a buffer between him and his mother as well as just support when dealing with her.  The amount of responsibility, expectations and pressure that is on him is incredible.  He should not have to be in this position since she is neither divorced or widowed.  The last thing he needs is to find me lying  on the kitchen floor in a pool of blood.

What is your turning point?

A picture of your baby sucking his thumb in a NICU incubator.  Your wedding vows.  Your grandmother you are taking care of.  Your career.  A hobby.  The guys in the bike club.  Fear.  Humiliation.  The finality of it all.  Love.  The empty feeling of loss your friends and loved ones will feel.  A pet.  A cause you are fighting for like Pro-Life or the arts in education.  The promise of a new day.  Your ability to fight.  Your daughter who just turned sweet six-teen.  A new product launch you are heading up for the company.  Music.  A voicemail message encouraging you.  Family.  Friends.  Your upcoming summer wedding.

I am sure you could add at least fifteen more turning points that would hold you back from committing suicide or causing yourself bodily harm like cutting.  It doesn’t matter what it takes to turn yourself around.  Just stop and think about that turning point.  Meditate on it.  Let the thoughts and mental pictures of whatever your turning point is soak into your brain.  Feel the love and acceptance from your tight-knit support group.  Or the pride your family feels about you.  The respect your co-workers have for you.  The adoration you see in your pets eyes for you. 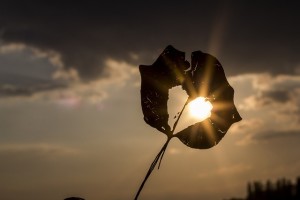 Because there are just as many reasons to end it all, you have to hold on tight to your turning point.  For when the time comes (again) you want to be ready to stand tall against its seducing call for you.

There are many resources for finding help.  Do not suffer alone.

Wait, Who Is A Suicide Survivor Again?