Is bipolar an excuse for bad behavior?

The question above, “is bipolar an excuse for bad behavior?” obviously is a very tricky subject to nail down and dissect.  I know what you are thinking.  Am I qualified to speak with authority on this touchy topic?  Well…my diagnosis is bipolar 1 with psychotic features, ultra-rapid cycling and mixed episodes.  I also have AD/HD, generalized anxiety disorder and OCD.  For over three years now, I have been a freelance writer covering mental health.  Go ahead and judge for yourself at the end of this blog post whether I have the authority to speak on bad bipolar behavior.

In my research, I was completely shocked at how far the door swung in one particular direction from so-called “fact based” organizations.

During my travels with bipolar, I have done a whole slew of things that caused pain, embarrassment, loss of integrity and much more.  The one manic symptom that I go to is risky behavior.  Right smack dab in the middle of the mania, I am on a high like none other.  I can seriously sit here and say when I embarked on those risky behaviors, I was not in my right mind. 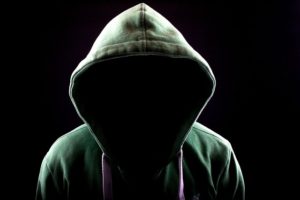 If you have ever felt depressed, you understand when I say “I was in a deep pit”.  “I could not get out of the pit.”  “No manner of encouragement of the sincerest interest could get me out.”  If you suffer from depression, you have been there when you were unable to speak at work; unable to focus on the dinner party you planned; so full of anxiety that you cannot leave your desk at work even to go to the breakroom

I have had mean thoughts.  The voices in my head have told me mean and hurtful things.  Somethings I have acted on while others just slipped out my left ear.  I have also had inappropriate thoughts and acted on them.  The risky behaviors were alluring and I did not mind participating.

I know what you must be thinking.  She is just delusional and dead wrong about bipolar behavior.  The activities I mentioned are all just bad behavior therefor I must be a bad person.

But what you do not know about me is that those behaviors did not describe me some 25 years ago.  If you were to speak to anybody in my past (meaning eight-teen and younger), the people that I saw in school who were just acquaintances I knew back then would be more than surprised.  Shocked.  Dumbfounded.  Disbelieving.  Astonished.  Stunned.  Stupefied.  These behaviors did not describe the person I was in middle school and high school.

I believe the only person who knew me back then (at least what I dared to share) was my best friend from elementary school, Beth Patterson.

You see, before the bipolar picked up steam and started to show itself in public, I was quiet and shy.  Kept to myself.  Didn’t speak much.  Almost awkward in my own skin.  Felt inadequate.  Then the bipolar exploded into my life in my twenties (the good with the bad). 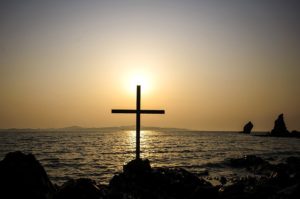 So, is bipolar an excuse for bad behavior?

The bottom line is, there has to be grace for the bipolar person in order to answer the question “Is bipolar an excuse?” in the affirmative.  None of us are perfect.  We all have our faults.  Bipolar is a mood disorder.  However, that makes it sound like child’s play, doesn’t it?  It’s not.  It is a cobra ready to strike.