Yes, I will admit I am experiencing bipolar depression.  A lot of things have been going on in my life which have contributed to a blah mood.  I have had some personal situations; a huge gap growing between me and a very close friend; my Dachshund/Beagle mix is extremely sick; trips to the vet, food and medicine; pressure to put down my writing and get a part-time job. 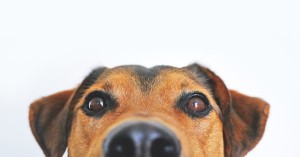 The thing with my bipolar and bipolar depression, it rarely sticks around for more than several hours or a half a day.  I am lucky to have ultra-rapid cycling where my moods shift multiple times in a day or even an hour and, hold on!, minutes, too. There are people with bipolar 1 and 2 who have rapid cycling bipolar.  Their moods swings could be once every three months.  I personally have not met someone whose moods are at that frequency.

When I have the ultra-rapid cycling, it is a curse and a pleasure.  On one hand, you have the mania.  It could last for an hour.  Then the mood will switch gears to depression.  It is awful in one regard because I could have several hours or a couple days with the depression.  But this is rare.

For instance, I woke up too early to the numbers on the alarm clock reading 5:00 a.m.  Instead of sleeping until 6 when I was supposed to wake up, I decided to get up and exercise.  Well that didn’t happen because I needed to tend to Jake.  Once he was settled, I sat on the couch next to him and began to write.  I love writing in the early morning.  Everything is quiet and I can concentrate. 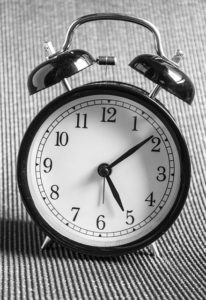 Let me break this down for you.  Awake before alarm = manic.  Exercise = manic.  Motivation faded away to exercise = depression.  Tending to Jake and sad because he isn’t getting any better = depression.  Creativity abounding for writing = Mania.  Overwhelmed with all I want and need to do with my writing = depression.  I literally felt a huge mood shift with each change.  Now you might say, “If I were in that same situation, I would feel the same way.”  You are partially correct.

You see, having bipolar means the moods that you experience when going through an episode are much more intense, the pain from the bipolar depression weights on you like a fire truck.  The excitement from the manic episode is Fourth of July and Christmas wrapped into one AND you feel you can conquer the world.  You have all the answers and can leap two tall buildings stacked end-to-end in one single bound.

A couple hours ago when I was riding high on the mania train, I told myself I could write five articles for five glossies today.  Yeah, right.  I know better than that.  Because, at the same time I was experiencing mixed episodes. 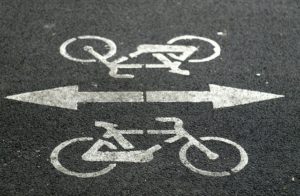 Also, there is the bipolar mixed episodes.  I had these for a while yesterday.  This is a horrible mood experience, in my opinion.  When I have mixed episodes, my mind is experiencing both mania and depression AT THE SAME TIME.  This is not a cup of tea.  It is a cup of Saracha sauce.

What ends up happening is the manic side of me will want to go shopping and spend beyond my limit.  Then the depressed side of me, sits on the couch and stares out the window with zero motivation to even watch TV or a movie.  This happens at the same time: the thrill of maxing out my credit cards is surging through my veins.

For me, when I experience mixed episodes, the depression usually wins.  Even though you might think the mania is stronger; and you’re partially right.   But compared to the deep dungeon of darkness, the bipolar depression comes ready to win.

When I have a mixed episode, I feel like I am trying to make a decision with two opposing forces pulling at my arms.  Sometimes I get this bizarre feeling in the middle of my chest.  It feels like I have been transplanted to the desert..  I often get to a point where I cannot decide between two things.  If it feels weird, it is a mixed episode. 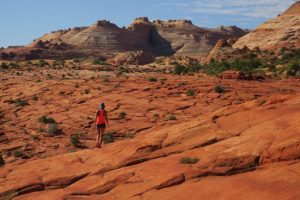 No two bipolar depressions are alike

Your bipolar depression may look totally different from mine.  We each have different brain chemistry and different medicines.  There is never a cookie-cutter way out of depression.  Each depression episode will be different.  You know your own triggers which lead you to depression as well as what helps you get out of it.

Ultra-rapid cycling bipolar – a day in the life

I am a freelance writer, blogger along with speaker and social media consultant on topics regarding mental health.  My bipolar 1 with psychotic features, rapid cycling and mixed episodes remained unnoticed from my early childhood days through high school where I grew up in an alcoholic home.  I went completely manic in my twenties and did not have my first diagnosis and treatment until 2007.

Check us out on the web