Nightmares Under the Sun – Thoughts on Memorial Day 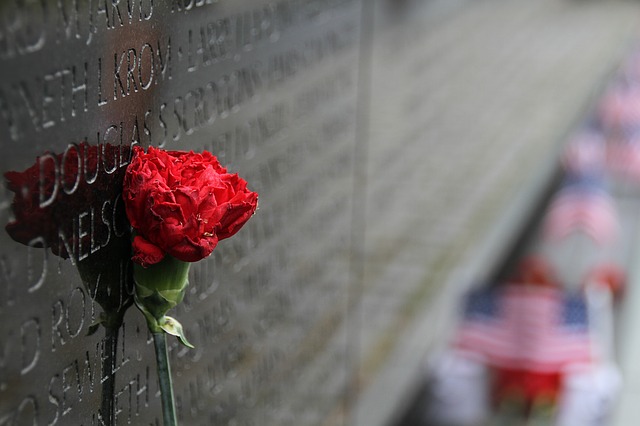 “Our flag does not fly because the wind blows it.  It flies with the last breath of each soldier who died protecting it.”  – Unknown

“Home of the free, because of the brave.” – Unknown

Nightmares Under the Sun

This Memorial Day weekend, I think about how Dad fought in Vietnam as a member of the military police.  Like so many other brave men and women, Dad saw nightmares under the sun.  As I grew older, Dad opened up about his nightmares.  But the sad thing, his nightmares did not stay in his bunk 1,000’s of miles away.  No.  They followed him across that vast ocean.  I heard him talk in his sleep and saw him walk in his sleep.  Sometimes it was mere confusion, a body misplaced in a strange room.  And other times it grew violent.  He even told me about hallucinations he had.  I know Dad suffered from PTSD, substance abuse and anxiety.

No More Nightmares Under the Sun

Dad’s nightmares under the sun faded away when he died from a combination of factors: agent orange exposure and sclerosis of the liver.  I truly believe that although Dad came back home alive physically to his new wife in Louisville, Kentucky, that damn war killed him mentally and left him for dead in the jungles of Vietnam.

Nightmares Do Not End When the War is Over

I always viewed Memorial Day as a celebration for those brave soldiers who died in combat.  That is fine – but it is not enough.  I believe the designation of who we honor should be broadened.  Just like Dad, who came back from war, many others did too.  But they were not whole!  They were not the same husband, wife, son, daughter, uncle, niece that left.

I am so glad we are paying better attention to the mental health of our bravest heroes.  Mental health can be compromised from the dangers of war, the inconvenience of war, the death of war, the loss of a limb at war, or many other factors.  These men and women need resources to reach out to in the time of need.  They did not come back from the war whole, something died.

As you sit around the picnic table waiting for the food to be passed around, say a prayer for our men and women in the military.  If you know someone who has done his or her service to our Country, let them know you appreciate them.  Also, tell them you are there for them.

Email me how you celebrated Memorial Day 2017.  lifeconquering@gmail.com